PhD: Creativity Unbound – An Analysis of Open Collaboration between Experience Design and Poietic Practice
2015
My PhD research was with Learn Do hare, an international collective of artists, entertainers, media producers, storytellers, creative technologists, scientists and social workers that work together using digital technologies, game design, narrative and design thinking to solve social problems. Their work is non-monetary dedication to a cause that doubles as R&D testing ground by using experiential learning and applied creativity to develop the way we work and live together. I investigate what drives them, what they desire, how they learn, and how they co-create. The core problem is: how does a focus on innovating process shape the way individuals approach work and life? I used an experimental enactive emergent ethnography as a research method.
>> Download a copy
>> Or see a rawer wilder transdisciplinary version here

LORE :: ANDROGYNY – An emergent collaborative life-led R&D project
2016 – ongoing
Starting a conversation. About LORE in the sense of “body of traditions” or (in)visible cultural norms we abide by or evolve. About ANDROGYNY in the sense of the “in between” across many domains: sex (on being both masc/fem as male/female), politics (on binaries and unity), creativity (on being ambidextrous), mind (on reasoning and sensing), culture (on science and art), philosophy (on spirituality and logic). It’s about integration and remix and what it means when it gets jumbled in a body; how it (re)presents itself in the world; and about our agency. Something important is shifting globally and here’s a forum to move beyond binaries. By virtue of its nature, this project reaches into spiritual teachings.
Join community
Read on Queer Economics and Love-Driven Politics

Artistic Research: Collaboration Games and Reflective Prompts
2013- ongoing
My work process is strongly influenced by ethnography, play, and narrative design. That means, I design collaborative spaces for participants to experience, hack, and reflect on themselves and the dynamics they enter and create. It is about opening liminal thresholds that may affect those who engage. All the work featured in the blog section is R&D. It may come in the form of board games (Polypoly, The Wish), card games (5 Friends and ???, Superhero Card Game), interactive art installations (Pan. Puck. Beet. Love, Be. Poietic. Punks, Enter The Tengu), speculative prototyping games (Be. Poietic. Punks, The Wish), urban interventions (Dr Divine, Enter The Tengu), corporate games (The Tech Pentagram, Future Crunch), or long-term life-led ethnographies (Permaculture, Communal Living, Learn Do Share). 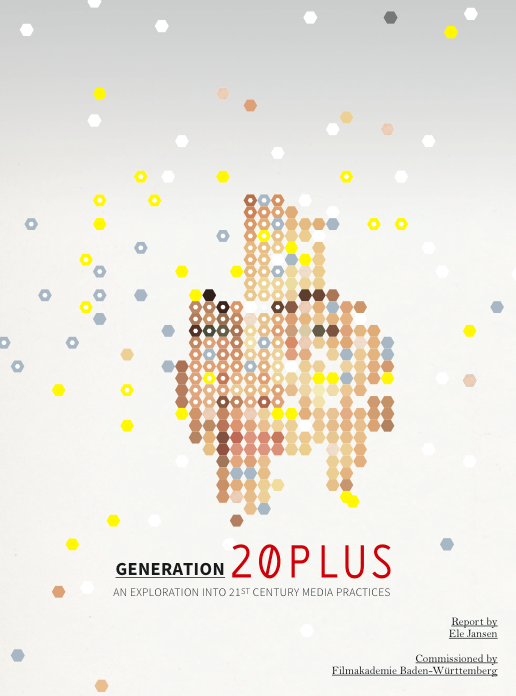 How do millenials use media? And how do they produce media? Generation 20+ answers parts of these questions and explains an unusual ethnographic process developed to find deeper answers to recent media developments. The year-long project was developed at Filmakademie Baden-Württemberg in conjunction with Raimo Lang, Head of Content Development at Finnish Public Broadcaster YLE. The program included a conference, focusing on emerging media formats in a converging media landscape, and workshops, diving into qualitative research done by students on user profiles and media habits. I documented and interpreted the whole process.
>> Download 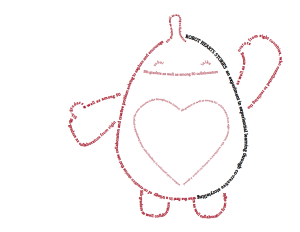 A tweet of 140 characters sent out to a community of creatives marked the starting point of a storyworld that engaged two classrooms in Montreal and LA for a 10-day period in October 2011. The students and 50+ collaborators from eight countries helped shaping both story and project. We were interested in experimenting and rapid prototyping, so we created a lose framework that allowed participants to step in and create both the project and the story itself. The goal was to apply storytelling as a purposeful means to improve education. This case study outlines the build of the story with a special emphasis on collaboration; and features Henry Jenkins 🙂
>> Download

Fieldbook: Learn Do Share I / Collaboration, Storytelling, and Social Innovation
2012 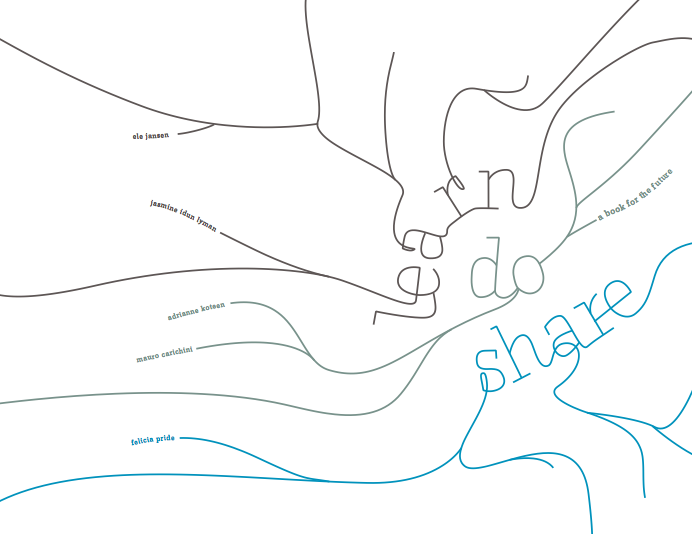 “Igniting the imagination of many” was the most prevalent sentiment throughout our preparations for DIY Days. The event featured an Experience Hall, Writer’s Improv, Story Hacks, and game prototypes to test the edges of your comfort zone. We wanted to see what it means to build a new “commons” and this field book is a result of a collaborative experiment: we asked speakers, experimenters, and guests to help us determine what helped and what kept them from overcoming their own boundaries. This book captures their insights. All these efforts stem from our belief that collaboration and sharing of culture are an essential for a future that works for 100% of humanity.
Download 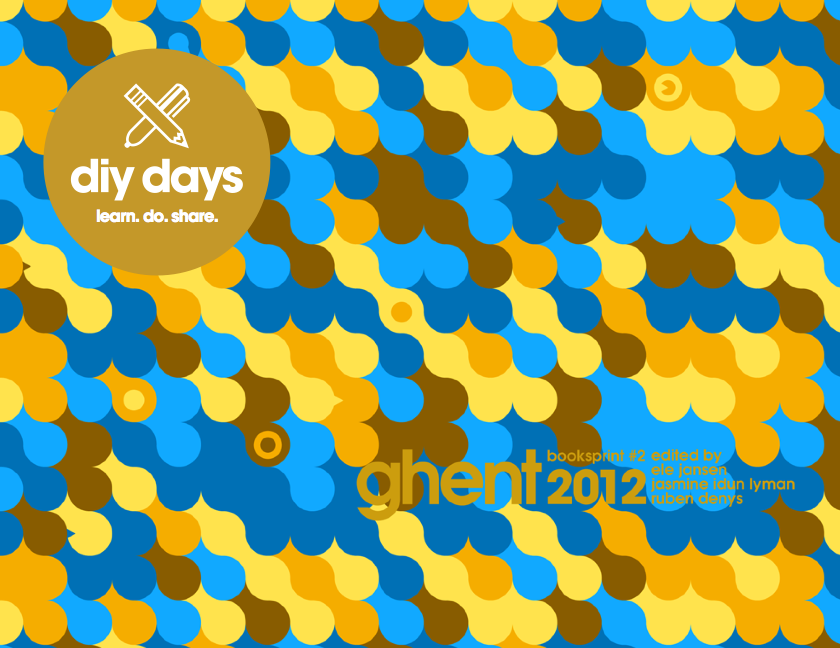 After diy days Ghent we ran our 2nd booksprint. The overall topic was “Purposeful Storytelling”. We asked speakers, participants, and artists to share their big ideas and insights with us. The result is a book with short stories, small game design manuals, and longer reflections on ethics, work and the industry.
Download

Fieldbook: Learn Do Share III / The Value of Creativity
2013 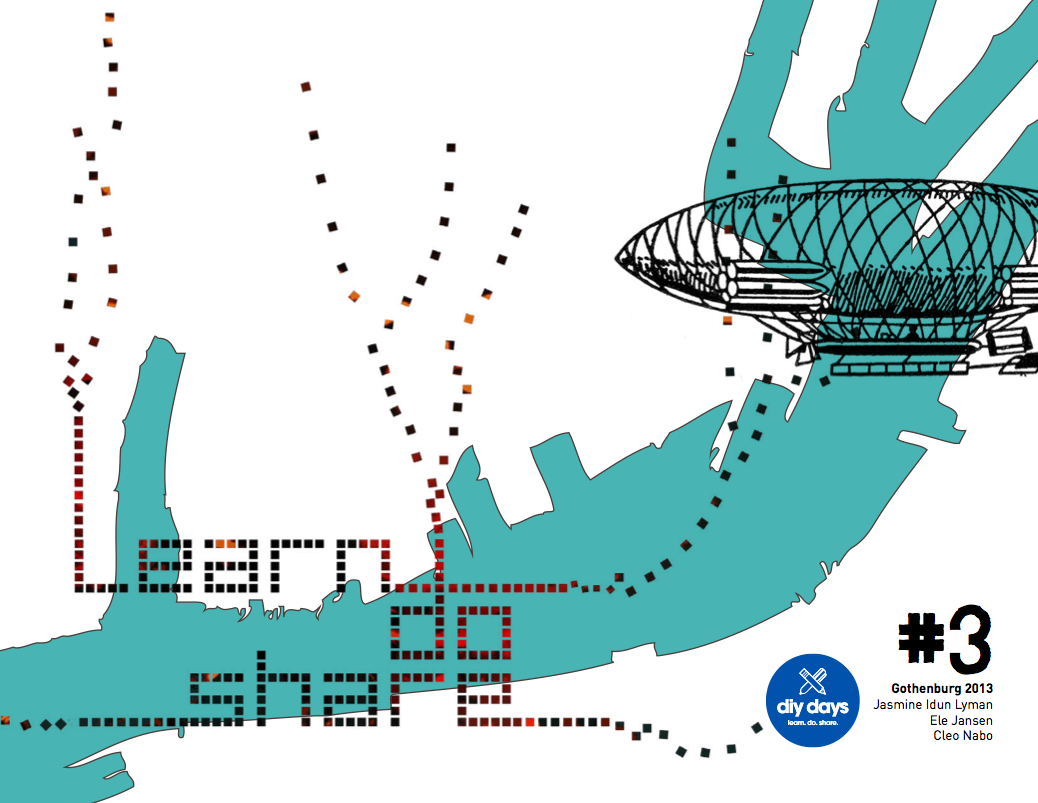 The 3rd book was co-created by the collective at our event in Sweden.  After ten creative gatherings in the United States and one in Europe, the 12th diy days was designed for creatives to get inspired by practical talks, construct and interact with installations, test new technologies, and build prototypes together. The theme “The Value of Creativity” was placed in a steampunk setting at Gothenburg Film Studios.
Download 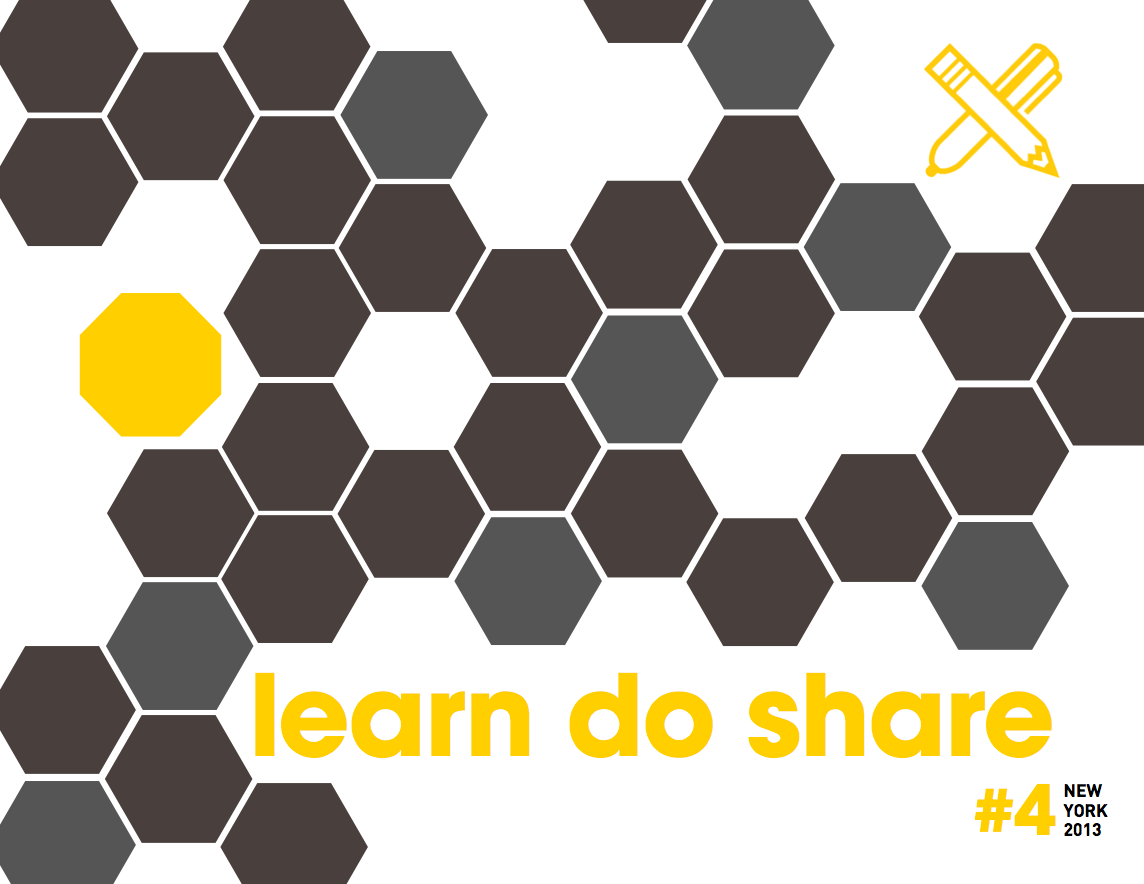 This Learn Do Share book is a documentation, reflection and learning resource about narrative experiments and social innovation efforts ventured at diy days New York City. We explore participatory systems, collaborative spaces, share culture, and self-propelled creativity. Written and designed by volunteers, the aim is to spread storytelling, empathy and collaboration as a way to “learn, do and share,” and to have a positive effect on creative communities within an open design environment both locally and globally.
Download 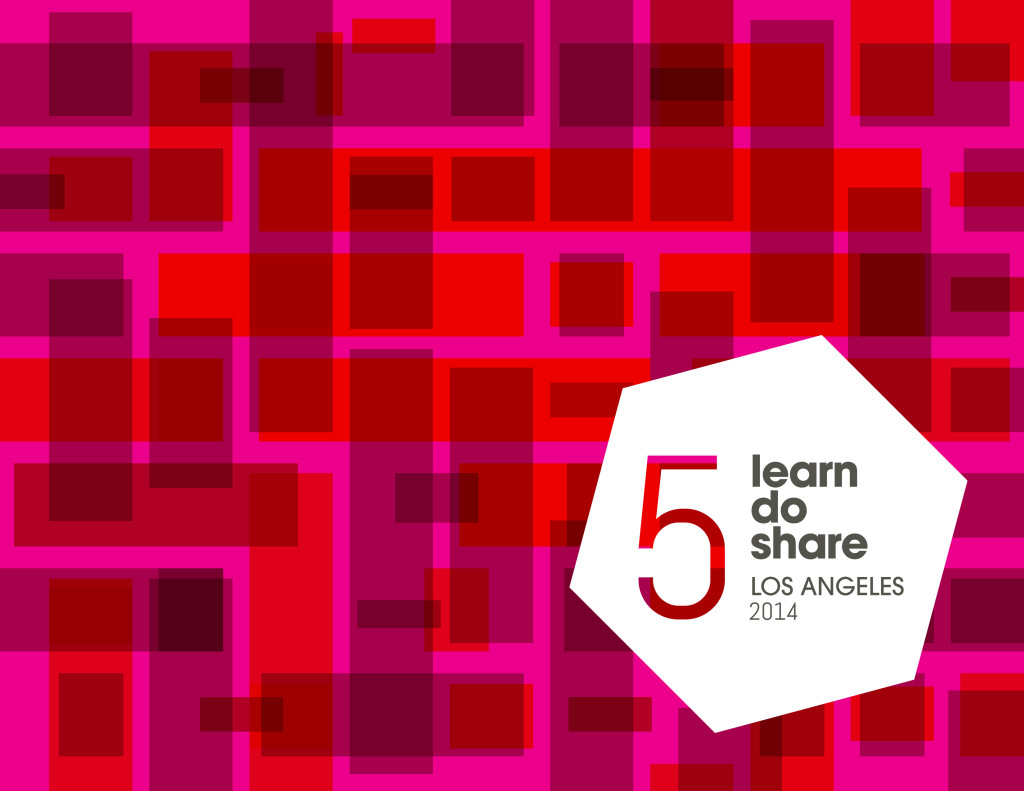 This collection of methods features the 1st out of 4 steps of our EDIT co-design process: E stands for Empathy, the following books will cover Define, Ideate and Test. Looking into an extensive report on the status quo and trends for L.A., our group discussed, mapped and created 9 new projects that are well and truly underway now. Another treat are the metamaps that are scattered throughout the book. All outcomes were mapped as interactive mindmaps on metamaps.cc.
Download

Master of Arts: Propaganda in Pluralistic Publics
2006
This thesis examines, both, the socio-political environment in which propaganda occurs and the way the term “propaganda” is used in contemporary German daily press. To start with, I illustrate sociological concepts of “general public” and “democratic pluralism”. In doing so, I show that core values of pluralistic publicity, such as transparency, orientation and validation, are a necessary condition for citizens to legitimate democratic acts. Scholars argue that unethical communication does not meet these values and consequently undermines public trust. Hence the assumption that propaganda, which is widely referred to as being unethical, does not match with fundamental values of a democratic public.
>> English abstract
>> Full thesis in German