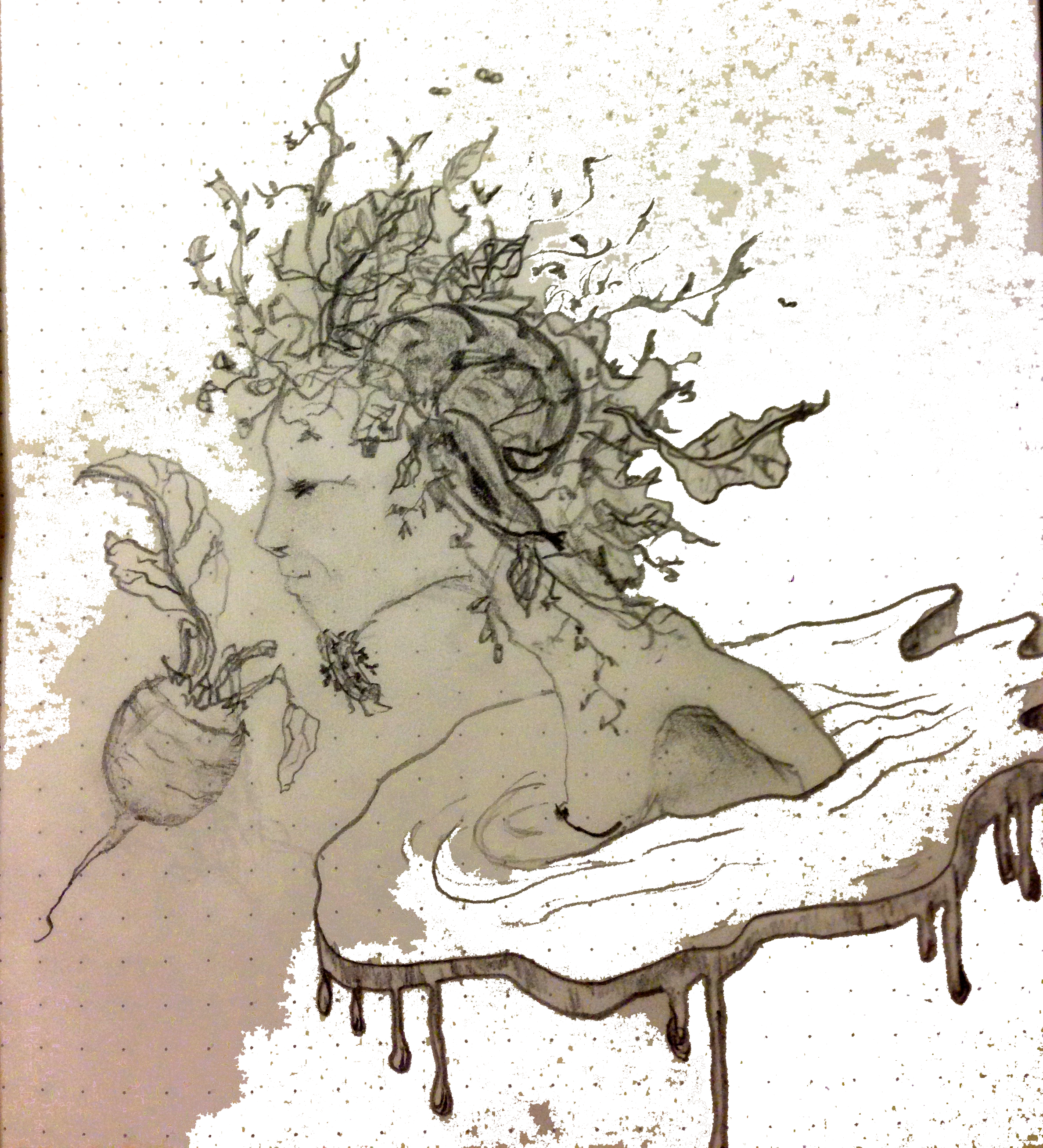 This small hand drawn mystical creature is based on the Greek nymph God, Pan and the Midsummer Night’s Dream elf, Puck. It’s the center piece for an interactive bricolage. It’s a work about lust and mischief; and about the suffering it involves. The temptation is represented by a beet, a melancholic vegetable in Tom Robbins’ magical realism.

Here is a more nuanced interpretation:

The red beet – heart shaped – is temptation. Pan pruriently sniffs the beet while Puck nears it with playful curiosity. Yet the beet’s dryness reminds of melancholy. Its brittle leaves recur in the lover’s hair, a wild growth symbolising the seeker’s pandemonium: impulsive insatiable desire, time and again mistaken for love. Flies surround the frazzled head – they are the totem of rapid change. The androgynous figure has a goatee and small breasts, a comment on confusions that come with gender bending lifestyles. Leaning out of shallow waters, the emaciated body seems both anchored and confined. The lake is bleeding. Unnoticed withers the lover’s foundation. Without it, the erotic traveller is exposed to both liberation and uprootedness. 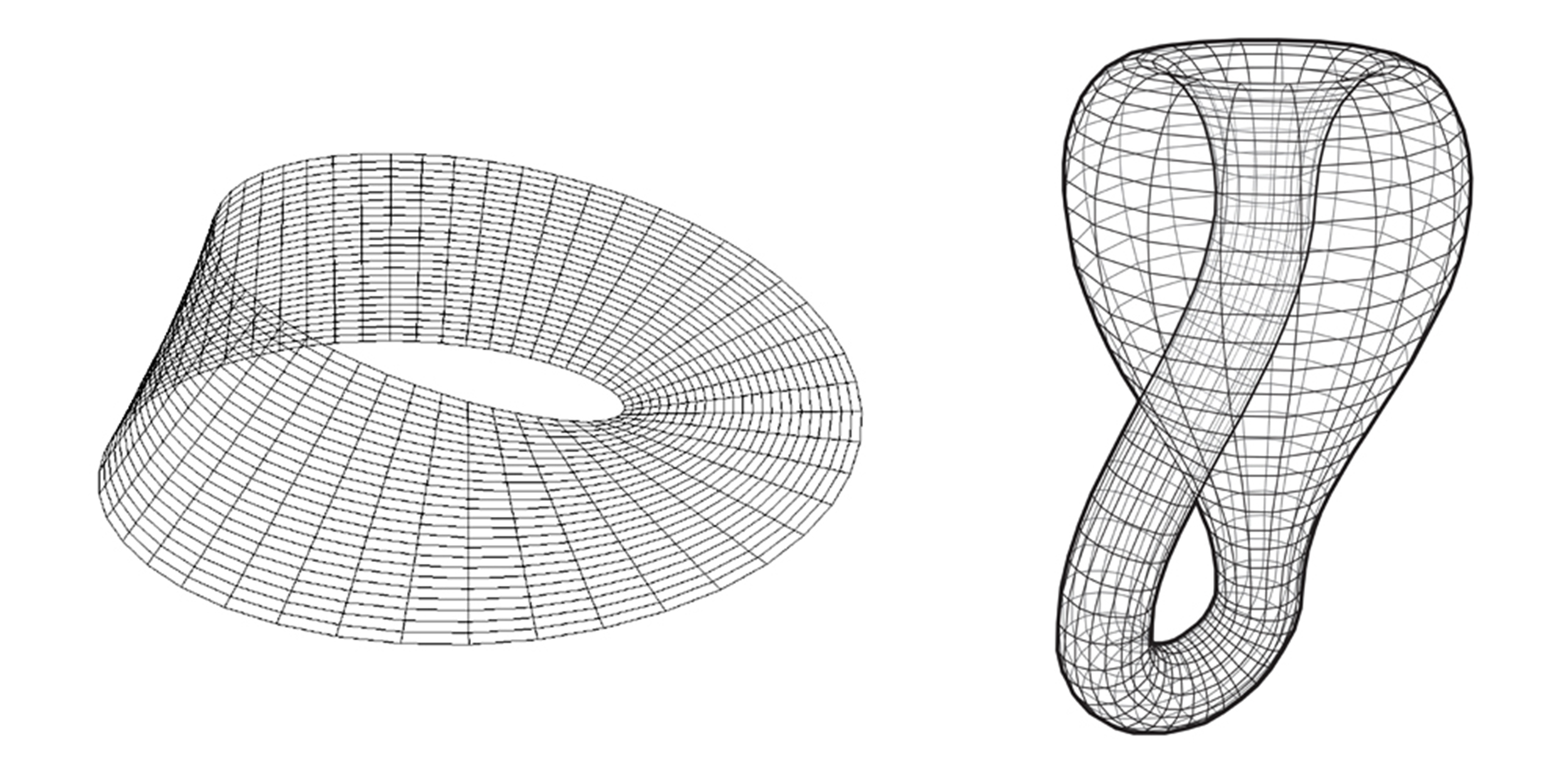 I drew the image without any meaning in mind. I just drew. Gradually I recognised the symbolism of my drawing. How Jungian. My revelations were deeply connected to my PhD research. I had used a mathematical theory to describe bricolage lifestyles: topology (see image).

The basic principle behind the topology is that a space can change its form without changing its mass. That means, the figure is at once changing and remaining the same. Thinking about society (or lovers) in terms of topology evokes interesting analogies. Imagine a spatial figure consisting of nodes and lines. There is no hierarchy, and no central control. All nodes have equal influence. And any movement of one node changes all other nodes. That means, everything happens in between. The focus lies on the path – think of these as relationships. Their ever-changing nature defies stabilization of the form. The figure is movement. Transferring the model to people means that we’re in movement. Inevitable is the surrender of the individual to the collective. Inevitable is embracing the unknown that rests in such emergence. 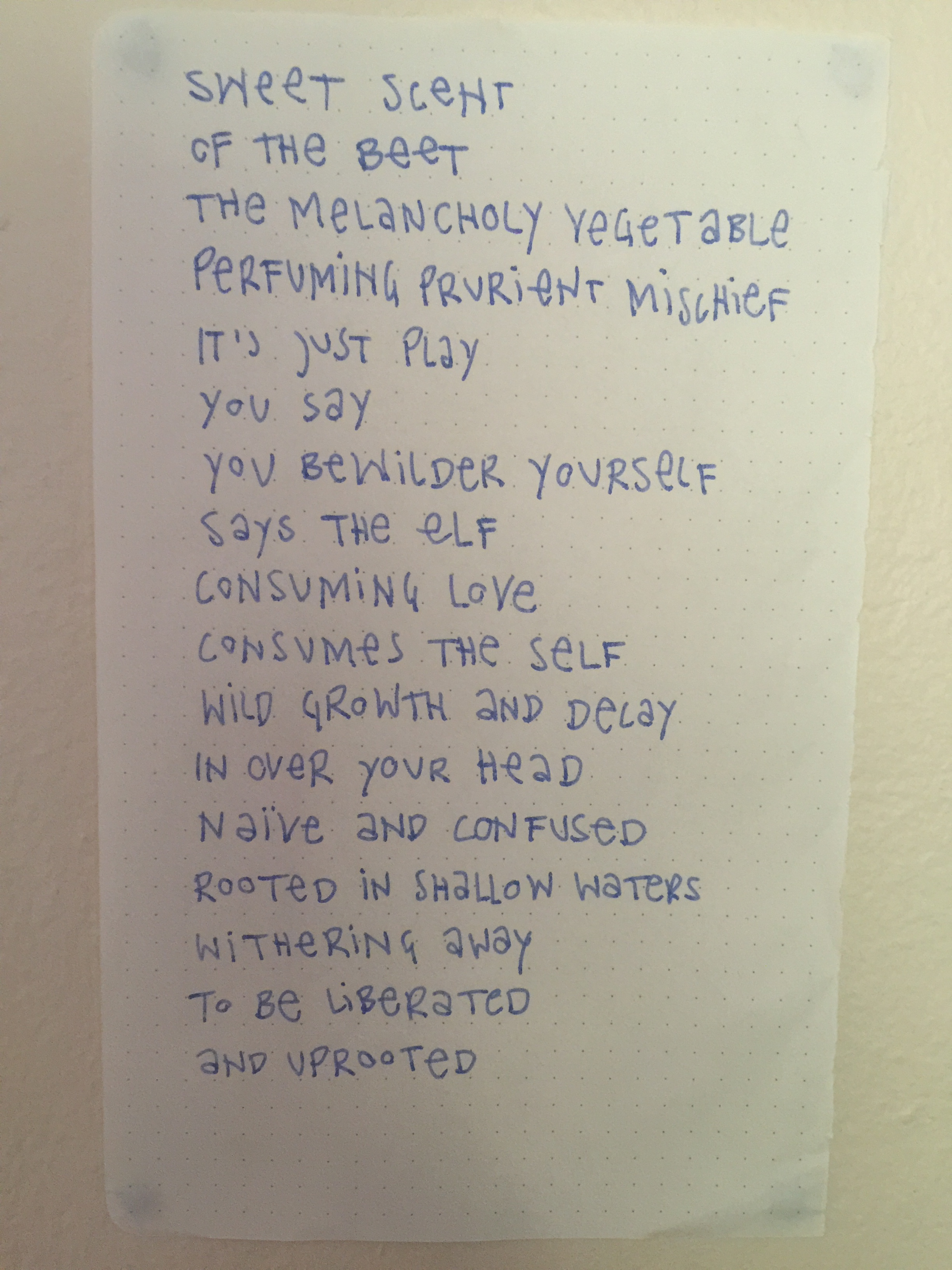 Pan/Puck’s torment is topological. Its heterogenous space offers liberation, because agency is granted. But its constant movement uproots the actor. With shifting external foundations, the actor needs a solid foundation within. It is hidden, like the Second Foundation in Asimov’s sci-fi novel. This hidden foundation is key to evolution.

In my bricolage, the plasticine is a topology. I wanted to connect the vast mythology of the drawing with the mathematical constraint, because together they render love and life as a topological assemblage; like a Möbius strip that gifts us the illusion of progress while keeping us firmly grounded in its endless loops.

This little installation can be observed and experienced at Art After Dark on November 13 (Melbourne) and November 20 (Sydney).