No idea if this makes any sense. It’s an experiment in feeling deep knowledge.

I just came across the Calabi-Yau principle while I read up on Cosmogeny. “Cosmogony (or cosmogeny) is any model concerning the coming-into-existence (i.e. origin) of either the cosmos (i.e. universe), or the so-called reality of sentient beings.[1]” The Wiki article refers to Calabi-Yau manifolds and string theory. Click. 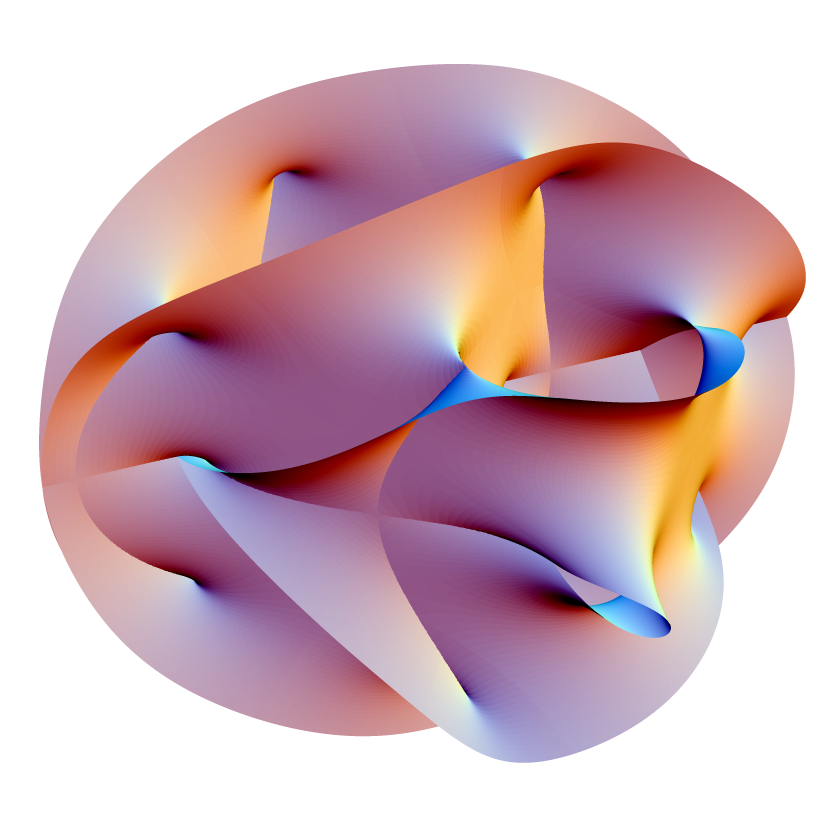 “A Calabi–Yau manifold, also known as a Calabi–Yau space, is a special type of manifold that is described in certain branches of mathematics such as algebraic geometry. The Calabi–Yau manifold’s properties, such as Ricci flatness, also yield applications in theoretical physics. Particularly in superstring theory, the extra dimensions of spacetime are sometimes conjectured to take the form of a 6-dimensional Calabi–Yau manifold, which led to the idea of mirror symmetry.”

Don’t understand a thing, but feel that it’s a further development of topology, which can be thought as cultural topology. If the cosmos is a Calabi-Yau formation, then our ecosystems would be, too.

Its characteristics of holonomy and elliptical curves reminded me of what I had sent my PhD supervisors once. At the time, I was deeply immersed in a chapter about exploitation and violently (foolishly) rejected the notion of power. This is what I sent them:

“And I forgot to delete my blasphemic sentence on power midway through the chapter. I just get so tired of it and wished it was something else that lies at the base of everything…. what if it’s dynamics and not power? what if the gravity of your life’s weight is let go at birth and then you rove in multiple swings, in all kinds of directions at the same time, but those swings reach a peak and then they swing back towards their opposite passing by occasions of balance and depending on where all the swings are at any given occasion they form new conditions but because at birth we are let go at certain positions and conditions the swings always happen around the same pivotal point, one we cannot escape and one that keeps us in check. It’s then kinetic force that keeps on going but declines gradually until all pendulums stop. it’s not power then but attention/focus that changes the swing. haha, but then what are the boundaries? they lie in the capacity of energy we got at birth. power is then only released once and the residual energy keeps us going, and depending on how much we got at the beginning we’re limited in our reach (as in how far and how many pendulums swing)… but how does growth work then? I suppose every pendulum swings leaves a trace, like a synapsis once built. And this synapsis trace strengthens every time a pendulum swings along. practicing.

Oh… that was a rather long spontaneous thought.

Oh and what about magnetism, like every endpoint of a pendulum swing is magnetic, that’s the attraction! And it’s activated by attention…ahm maybe not always, but ok, I don’t have to make this work. … I’M FEELING MAD TODAY!

And somewhere there’s Foucault in there. Ok, it’s all about power.”

I have no idea where I’m going with this. Yet. But it’s going to reveal itself to me some day.